When I visited a friend over July 4th weekend to see the MuralArts murals of Philadelphia, I also got the chance to photograph a soldier from The 2nd Pennsylvania Regiment & The 43td of Foot and he even let me shoot his brown bess rifle!

My Nikon F3HP continues to Amaze me!

I took a series of action shots with him to see if I could capture the “Brown Bess” firing. I captured the smoke and even some red hot sparks, but not the muzzle flash. But I’m psyched at what I was able to get. Interesting to note how the soldier closed his eyes, presumably to avoid the fiery sparks.

I took these photographs with FujiFilm Superia 400 color film using my awesome Nikon F3HP 35mm camera. I had the roll developed at my favorite NYC film processing center Accurate Photo and then scanned the negatives using my Epson Perfection V600 Photo Scanner.

Have a rockin’ weekend and see you Monday for more!
Gabriel 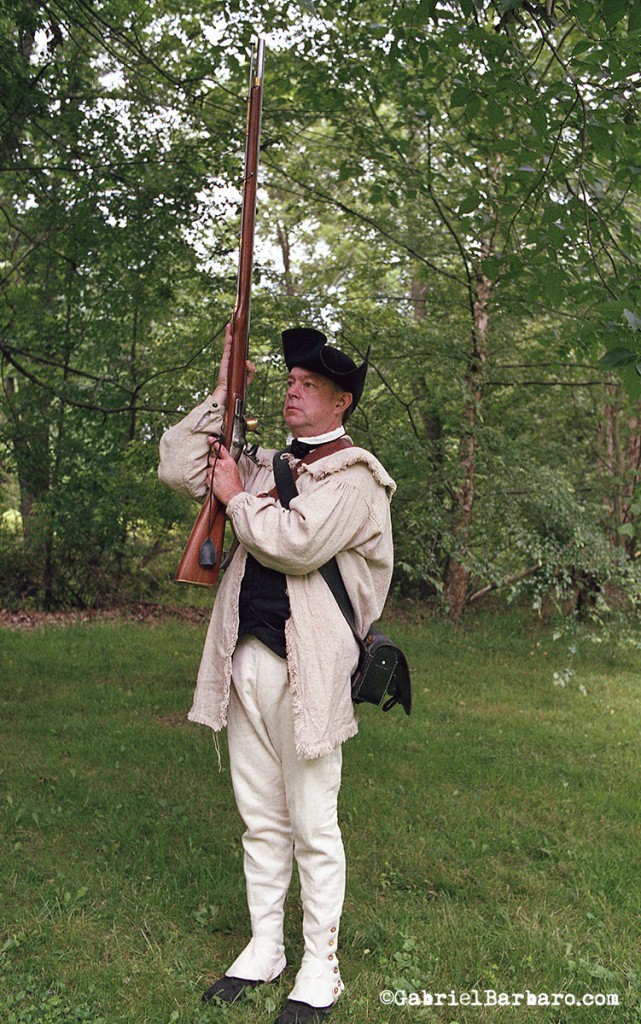