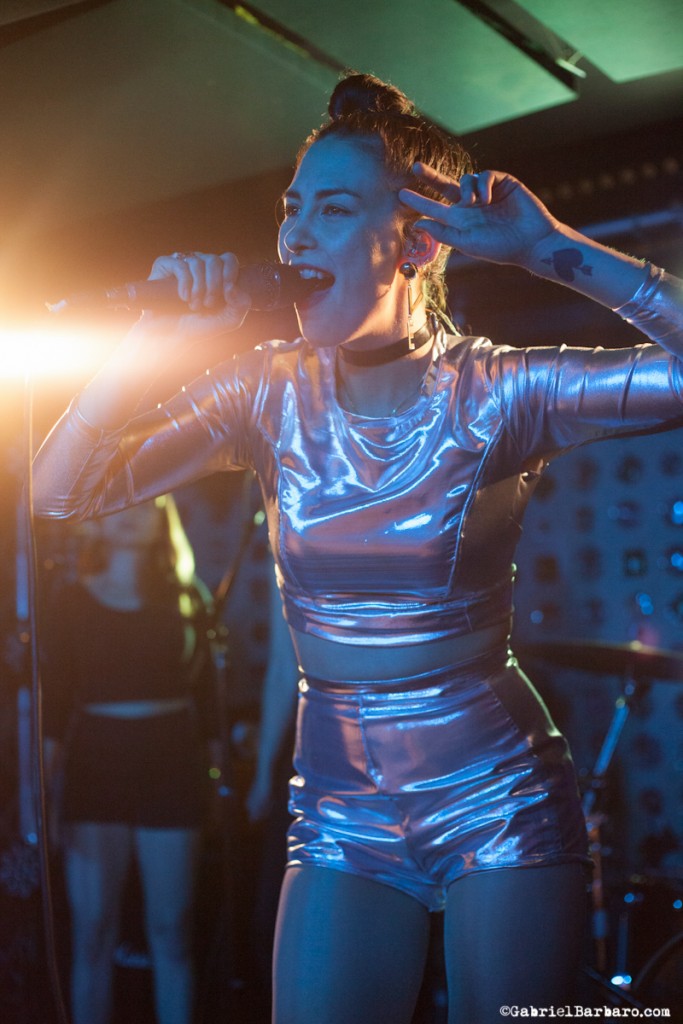 Thanks to BB Gun Press I was lucky enough to be at the sold out launch of Kristin Kontrol‘s summer tour at Baby’s All Right. Starchild opened the show- a charismatic musician paying homage to Prince. Next, Kristin Kontrol took the stage and the crowd buzzed with excitement. Lead singer Dee Dee (of Dum Dum Girls fame) was dressed in a silver space outfit and held the audience in the palm of her hand for the duration of the show. During breaks in songs, there was even silence as the audience marveled at Dee Dee. This is her first project after the end of the Dum Dum Girls.

During one song, midway through, a synthesizer went out, but Dee Dee continued singing. The crowd gave her extra cheers after and she laughed saying, “that’s what I get for leaving rock (music).” The band performed songs from their new album X-Communicate, and several songs from the Dum Dum Girls too (see the set list in my photos below).  Near the end of the show she thanked the audience, saying, “thanks, its always hard performing new material”. During their encore Dee Dee and Starchild covered Prince’s song “When You Were Mine.” I was impressed when Dee Dee invited everyone up on the stage for the last song. Not only that, she actually ran the merchandise table after the show! I have the impression we’ll be seeing a lot more of Kristin Kontrol – Dee Dee has so much charisma. And I’m happy to say that she also seems like a nice artist from Brooklyn. Kristin Kontrol will open for Garbage this summer. Catch them next at SummerStage.